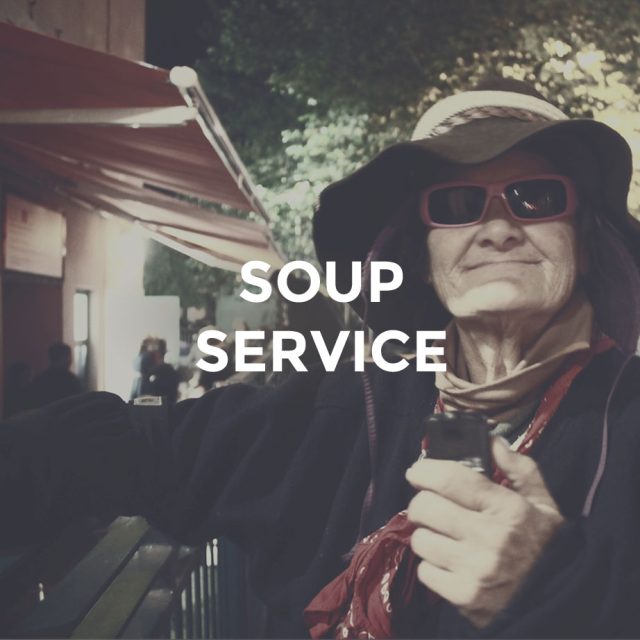 During the week we have a team of people making cakes and soup to be served each week. On Thursdays, 2 teams, each serving on a fortnightly basis in a variety of roles ranging from working in the kitchen to sitting with guests. We have a ’taster’ approach for people to first check things out so please contact us

On the 7th January 2010 we began the Soup Service. We were responding to a prophetic word to reach the poor and marginalised. We had received the love of God and felt compelled to step outside the walls of the church building to share his love and communicate hope. We knew that we wanted to reach people through relationship - a 2-way dialogue, to listen, to pray, and to speak. We didn’t know many of the details about how, and whom, and we made many mistakes. But the community relationships began to grow, supported by a mutual-respect, and a commitment to the long-term. Over the last 4 years we have known nights of 2 people and nights of 50. We have held 3 Christmas Parties, 3 Summer BBQ’s, film nights, and curry nights. At these special events we’ve seen numbers approaching 100 guests. Whatever the numbers the teams and team leaders have given themselves in very practical service and constant dedication.